The Medical Facilities Network received 124 reports of actual or possible swallowing of magnets such as magnetic balls by children, which were registered from December 2010 through the end of March 2018.3 In addition, dozens of gastrointestinal injuries from magnet ingestion were reported by medical papers. Several Japanese organizations alerted people to danger from accidental ingestion of magnets (or ingestion of magnets and metals) in the past. Even after that, the above two accidents occurred in Japan.

Therefore, NCAC tested and surveyed magnetic balls in the market to issue an alert again on danger from swallowing two or more magnets such as magnetic balls. 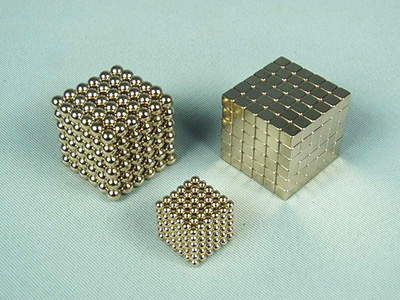 Photo 2. Magnetic force is so strong and two magnetic balls attract to one another through a finger. 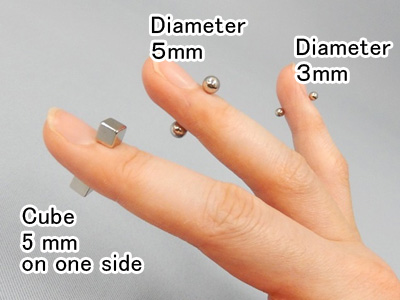 Regarding the above two cases received by the Doctor Mailbox and the Medical Facilities Network in January 2018, NCAC investigated the background by hearing details from victims' parents and by checking actual products, in cooperation with doctors and medical facilities concerned.

Survey of representation on 32 sales websites

Magnetic balls are mostly sold via online shops. Therefore, NCAC chose and surveyed 32 sales websites in total, by reference to websites selling the magnetic balls related to the accidents as well as those ranked high in the search results of major online shopping malls4, and shapes and sizes of the products concerned.

Among the magnetic balls sold on the chosen websites, NCAC tested 7 brands, sizes and shapes of which are similar to those swallowed by the victims.

Request to the government