When charging my smartphone, I smelled something burning. Then I noticed that the charger and the smartphone jack got burned.

I bought a foreign-made mobile battery at an online shopping site. The lithium-ion battery therein swelled up and was about to explode.

(2) Heat generation when charging a smartphone in operation

A smartphone in operation was charged under the blanket to prevent heat dissipation, during which a video was played continuously on the smartphone. One hour later, the surface temperature of the smartphone rose to nearly 50 degrees C. If it contacts with human skin for a long time, for instance while sleeping, it could cause a low temperature burn.

(3) Smoke generation due to abnormality in mobile battery

Thermal runaway could be the main cause of heat and smoke generated from lithium-ion batteries. When a mobile battery was put in a bag and was powered from outside the bag to reproduce the thermal runaway, the lithium-ion battery was raised to high temperature, ejecting gas and smoke (Photo 2). In addition to the mobile battery itself, things around it were also burned and damaged.

Photo 1. Connection where the charging terminal was melted 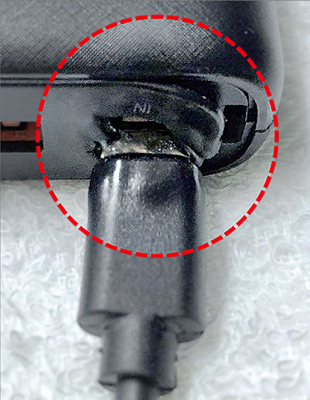 Photo 2. Smoke and gas ejected from bag carried by dummy 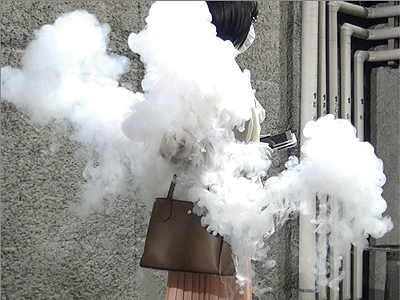 (1) When the charging terminal has become hot or smells bad, stop using it immediately. If you have noticed that a lithium-ion battery swelled, refrain from using it.

(2) The temperature of a smartphone rises when being charged or used, especially if it is in a pocket or under a blanket where the heat is kept inside. Beware of low temperature burns.